Someone Became A Reader Today

Someone became a reader today. On his mother’s lap, with his favorite book. A book whose cover is worn by many bedtime stories and look-throughs. He loves the colors, and he loves the pictures, and he loves the story. He may not know the words yet, but he can look at the picture of the girl and know that she is sad that she lost her dog, like the story says. He can recite the words he’s heard over and over, night after night. He can tell his favorite parts, and he can say what he thinks will happen next. He has connected with the book and the story and the characters, and he wonders if there are any other books about dogs that he could look at. And there was no worksheet, and there was no grade…but today, someone became a reader.

“Children are made readers on the laps of their parents.”– Emilie Buchwald

Someone became a reader today. In her teacher’s classroom, in a cozy nook,  with her “just right” book. A book that she chose because the choice was given. She likes the cover, because the character on the front looks like her and that makes her feel important. She opens the pages and is drawn into a world of fairies and princes and dragons, and she is sad–SAD–when the class has to move on to another activity and she has to close her precious book. “Later,” she thinks. “I can’t wait.” She was given a carefully mapped path by her teacher, she took the steps down that path to choose a book she might like, and she fell in love. And there was no talk of level G or H or N…but today, someone became a reader.

“Reading should not be presented to children as a chore, a duty. It should be offered to someone as a gift.” –Kate DiCamillo

Someone became a reader today. At the kidney-shaped red table, with a teacher who has planned and prayed and cried and tried again and again. A teacher who decided that she will not give up on this boy. He waits for his signal to come and sit at the table with the teacher, and he looks forward to it because he knows the teacher loves him. He knows that she is not going to give up on him. So she calls and he comes over, and at some point during the lesson, a light bulb just “goes off,” and he starts putting sounds together, and things just start making sense, and the story comes to life for him. His teacher gets really shiny eyes and claps her hands and cheers for him. He is so excited that he asks to read some more words. And there was  no timer …but today, someone became a reader.

“So it is with children who learn to read fluently and well: They begin to take flight into whole new worlds as effortlessly as young birds take to the sky. “–William James

Someone became a reader today. In a library. In a bookstore. A grocery store bookshelf. A thrift store. A yard sale. They pick up book one in a series that has just been waiting for them. “Maybe I’ll read this,” they think absently. But they go home and have a second, so they sit down and open the book. And the rest is history. The characters become real. The pages are flown through, but the reader is sad when the pages are gone. Laughter bubbles over, tears flow freely, and the heart beats fast. Book one turns to book two, then book three, four, and on it goes. And there was no assignment, no test…but someone who always said they don’t like to read became a reader today.

“There is no such thing as a child who hates to read; there are only children who have not found the right book.”–Frank Serafini

You never know when your path will cross with someone who is just waiting to become a reader. You don’t have to be a teacher to inspire a rising reader. Watch for them, offer book ideas and suggestions…because it is never too early or too late for someone to become a reader. It happens every day. 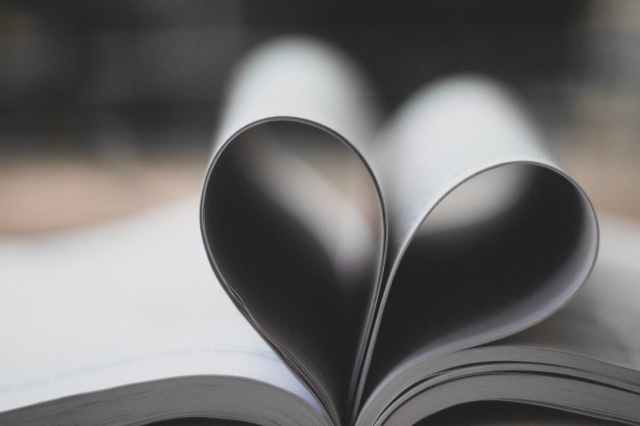 Photo by RAHUL on Pexels.com

4 Responses to Someone Became A Reader Today