My newsfeed is full of it, and I can’t seem to stop reading it, even when I say I don’t want to anymore. The arguing–it is a vacuum churning over our dirt, America, and we are the ones getting sucked in instead of the dirt.

My kindergarteners, they are so honest and funny and pure. Their understanding of this wonderful country that they live in is just beginning. Their thoughts are beginning to take shape about the land of the free and the home of the brave. And I get a front row seat to their innocence and profoundness.

So I’m choosing to lean more their way. I’m choosing to celebrate this land, the one that God has shed His grace on since our conception. This land was made for YOU and ME, not just me and the ones that agree with me!

I’m so thankful for the ones who have sacrificed home, family, and comforts to make this land yours and mine. Happy Veteran’s Day! God bless America.

What did you think about Election Day/Evening?

“I fell asleep on the couch!”

This friend learned about the candidates from his parents, who just happened to be registered to vote at a church.

“I went to church and learned about Donald Trump.”

And before that big ol’ vacuum cleaner gets cranked up, just calm yourselves down. No, this child did not go to church and hear his pastor teach about Donald Trump. His parents voted at a church and then told him about the candidates. Mr. Trump, our President-Elect, stood out in his mind, maybe because he is now the President-Elect. 😉

This friend chose to draw a picture of herself with “that boy who won last night.”

What do you know about Veterans?

“Veterans are strong and they never give up and they ride a Jeep!”

What do you want to say to Veterans? 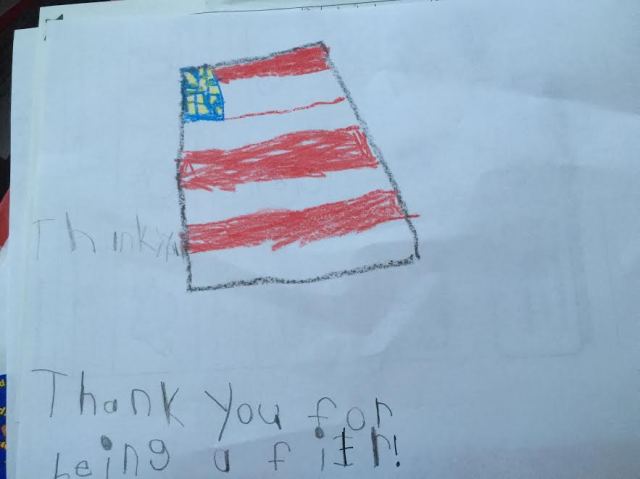 “Thank you for being a fighter!” 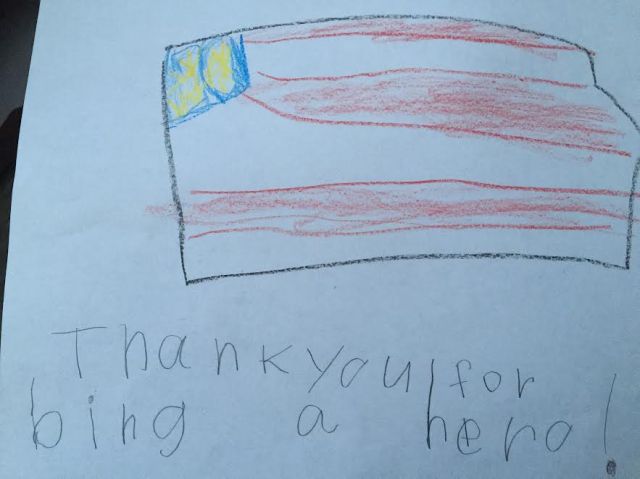 “Thank you for being a hero!”

This is what I want to fill my newsfeed with. No arguing here. Just pure, straightforward thoughts.

Happy Veterans day to the fighters andthe heroes  who never gave up. We honor you.

This entry was posted in Teaching, Uncategorized. Bookmark the permalink.