A Brave Mama: Your Story

We’ve been blessed to read some wonderful stories of courage and bravery this week. We’ve seen some mamas who are extraordinarily brave!

And I know what some of you moms are thinking…”I’m not that brave.”

Everyday motherhood takes courage. I never knew just how much until I took my first son home from the hospital. The night before we left, we had a discharge session with a seasoned nurse. As she went over item after item on the “could happen” list, my heart began to pound. And I’ll never forget how I felt when she said, “Now–when he gets sick…”

This huge shadow of fear fell over me and followed me as I was wheeled out of that hospital. I looked at the world with new eyes. Every other car on the road was a threat. Every person who sneezed, who touched my baby, who got close to my baby was a potential germ-carrier!

Fear can consume us if we are not careful. We live in a sin-filled world. Even today, if I let myself think about the “what-ifs” of the future for my boys, I can be overcome with gloom and fear.

So how do we push past the fear? What’s the answer to a courageous, fulfilling life?

God and His Word.

If God is the center of our lives, we have nothing to fear. He cares about every detail of your motherhood, your family, your life. Even the little things that you’re embarrassed to admit scare you–He cares about those, too. He wants to comfort you, to shine His light on the bravery that He has placed deep down inside you for the purpose He has planned in your life!

So when I start on a task He has set before me, I do it with bravery. And I have to ask for courage–a lot! Whether it’s teaching a new class, meeting new people, singing in front of a whole bunch of folks…or whether it’s letting my boy go out on the soccer field on his own. Whether it’s letting my little one try something new knowing he could possibly fail. It takes courage.

Mamas, we may look pretty ordinary. We may lead what others call an “uneventful” life. We may do tasks that others would turn their nose up towards. We may be excited over things we once thought were kind of boring.

But God has given us some of His greatest treasures–His children, our children! He has entrusted us to cultivate His Spirit within them, to raise them up in the Word, as part of His church! That’s a tremendous task and honor!

We are not ordinary, moms! We don’t have an ordinary story. We have courage and strength and grace that comes from our Maker Himself.

Here are just a few brave moms that I ran into during the past few days. Look at their story, celebrate their bravery!

And to let you know how many brave moms there are, I just took pictures of the first ten moms that I came in contact with. I could have used hundreds of pictures.

Leeann is a brave mama.

Leeann is known in our church as “The Baby Whisperer.” She has a heart for taking care of little ones, and they love her in return. Leeann just knows what to do when a baby is distressed for any reason. Taking care of so many babies takes courage! She is a mama to her son, daughter-in-law, and daughter.

Marti is a brave mama.

Marti is sharing words that God has placed on her heart. She is using social media as an outlet to share devotions and bible verses. Opening the doors of the heart with writing definitely takes lots of courage. She is the mama to one daughter, a son-in-law and one step-son!

Amy is a brave mama.

Amy (my big sister!) recently was the speaker for a women’s retreat. She prepared for days, weeks, and months to lead each session exactly as the Lord wanted her to. She also has led several bible studies at her church, which takes courage. She is raising two sweet little boys who love Jesus. 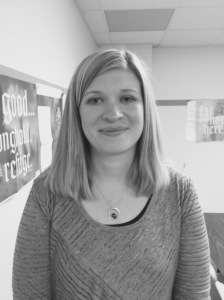 Kim is a brave mama.

Kim is the definition of a helper. She will do anything to help anyone, often knowing what needs to be done before it’s asked. She opens herself up to all as a helper, which takes so much courage. Kim is a mama to one daughter.

Connie is a brave mama.

Connie has led our church’s Women’s Retreat for the past few years. She is a phenomenal speaker and prayer warrior. She has relied on God for courage to help her overcome her nerves in order to share His word with countless ladies. Connie is a mama to one son and a grandmother to one granddaughter. 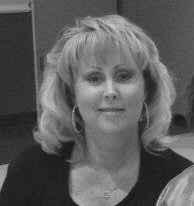 Pam is a brave mama.

Pam is my precious mother-in-law. She raised two boys through some hard years and those boys became wonderful men of God, one of whom I married! Pam worked so hard not only to make ends meet for her family, but also to make sure her boys knew Who they belonged to. She is one of the bravest mamas I know! She is now the mama to three boys and one daughter, and is the grandmother to eight grandbabies! 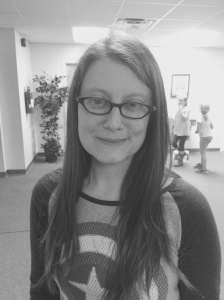 Casey is a brave mama.

Casey always has a kind word for those who come in contact with her. She is loving and accepting to everyone, which requires a lot of bravery! Casey is mama to two boys and one girl.

Ronnise is a brave mama.

Ronnise has such a quiet and gentle spirit. She is always involved in teaching children at church and has taught both of my boys in Sunday School (bravery!). Ronnise is the mama to three sweet little girls.

Stephanie is a brave mama.

Stephanie works in our church’s after school care program (courage–enough said!). She has also driven a school bus for twenty years! Stephanie is such a hard worker, and I’ve noticed her willing spirit time and time again. Stephanie is mama to two girls and one son. She is the grandmother of two sweet baby girls, one in heaven and one on earth.

Melissa is a brave mama.

My mama. She raised three daughters in the fear and admonition of the Lord (and in the fear of Mama and Daddy!). She taught us to love Jesus, to love each other, and to love music. She is the picture of courage and grace. Mama raised three girls and now is the grandmother to five boys!

This list could go on and on and on.

There is an endless supply of brave mamas, and maybe I can share their stories soon. But for now, let’s celebrate these courageous women and their bravery. Celebrate yours, too! You are a jewel in His kingdom. What’s your story?

4 Responses to A Brave Mama: Your Story